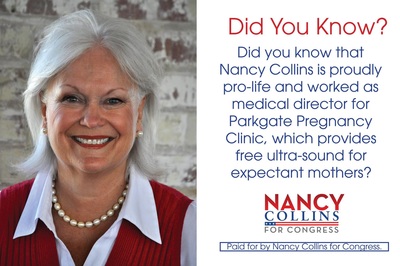 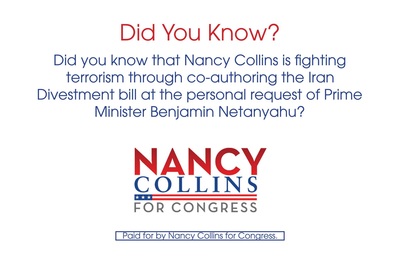 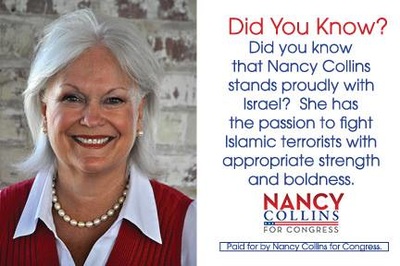 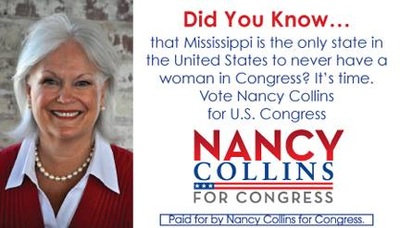 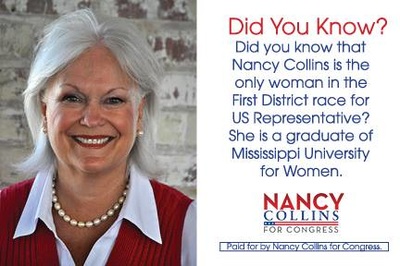 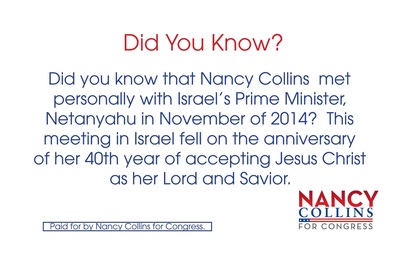 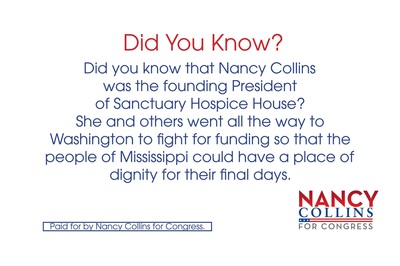 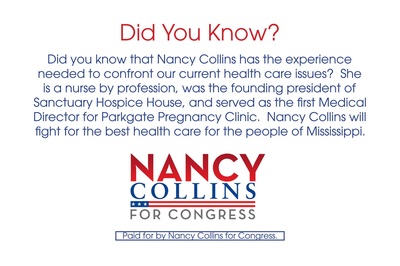 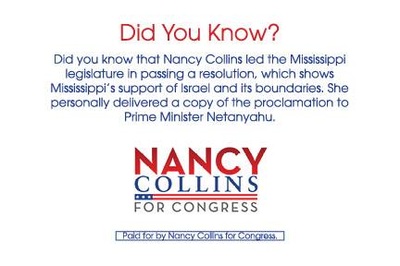 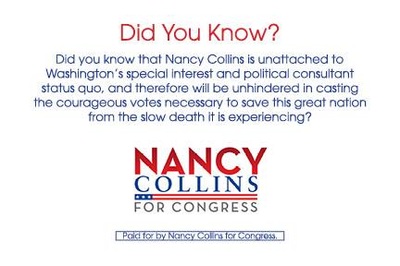 Aug 29, 2014: Daily Journal: Sanctuary Hospice salutes Gholston
“You’ve seen mountains move … you want to make sure it’s in the right hands,” said Nancy Collins, who was part of the original group of hospice leaders. “I will forever be grateful.”

Jan 31, 2013: Community College Spotlight: High schools may pay for college remediation
“High school students, when they get a diploma . . . they ought to be able to go to college,” said Mississippi Sen. Nancy Collins, R-Tupelo. “They should not have remediation.”

Jan 29, 2013: Mississippi PEP: Plunkett: Serious discussion of state retirement must begin with Legislative Retirement Plan.
Senator Nancy Collins has introduced legislation that would implement many of the recommendations of a 2011 PERS Study Commission, including freezing the cost of living adjustment, or COLA, for three years. Word is that she is receiving heat at home in Tupelo from government retirees and those getting ready to retire.

Jan 26, 2013: Jackson Free Press: Democrats Blast Proposed Changes to State Pensions
A group of Democrats at a news conference Tuesday attacked proposal, which Sen. Nancy Collins, R-Tupelo, has said she's considering introducing as a bill. Collins has also said she'd like to increase the size of the board of the Public EmployeesRetirement System, which now has 10 members, by adding appointees not chosen byemployees. She also wants to wipe out the special retirement benefit for lawmakers.
Nov 13, 2011: Daily Kos: Republican MS State Senate
SD-06 Nancy Collins (R-Tupelo)
Incumbent Republican Sen. Collins won by almost 50 points in 2011.  With a district that gets bumped up to 77% McCain, it is Safe R.
Nancy Adams Collins is a Republican member of the Mississippi State Senate, representing District 6. She was first elected to the chamber in a special election on January 11, 2011. The seat was vacated by Alan Nunnelee (R), who was elected to theU.S. House in the November 2, 2010 general election.